We have specialized in "light" tackle fishing for tuna for more than a decade.  This is the most exciting style of fishing on Earth.  We use spinning and jigging gear to target tuna from 50-400#+.  When say "light" tackle, don't be fooled.  It's made for these beasts and we provide all of the gear for you.  Our season runs from June-December.  This is fishery is the best place in the world to catch a tuna on spinning gear. 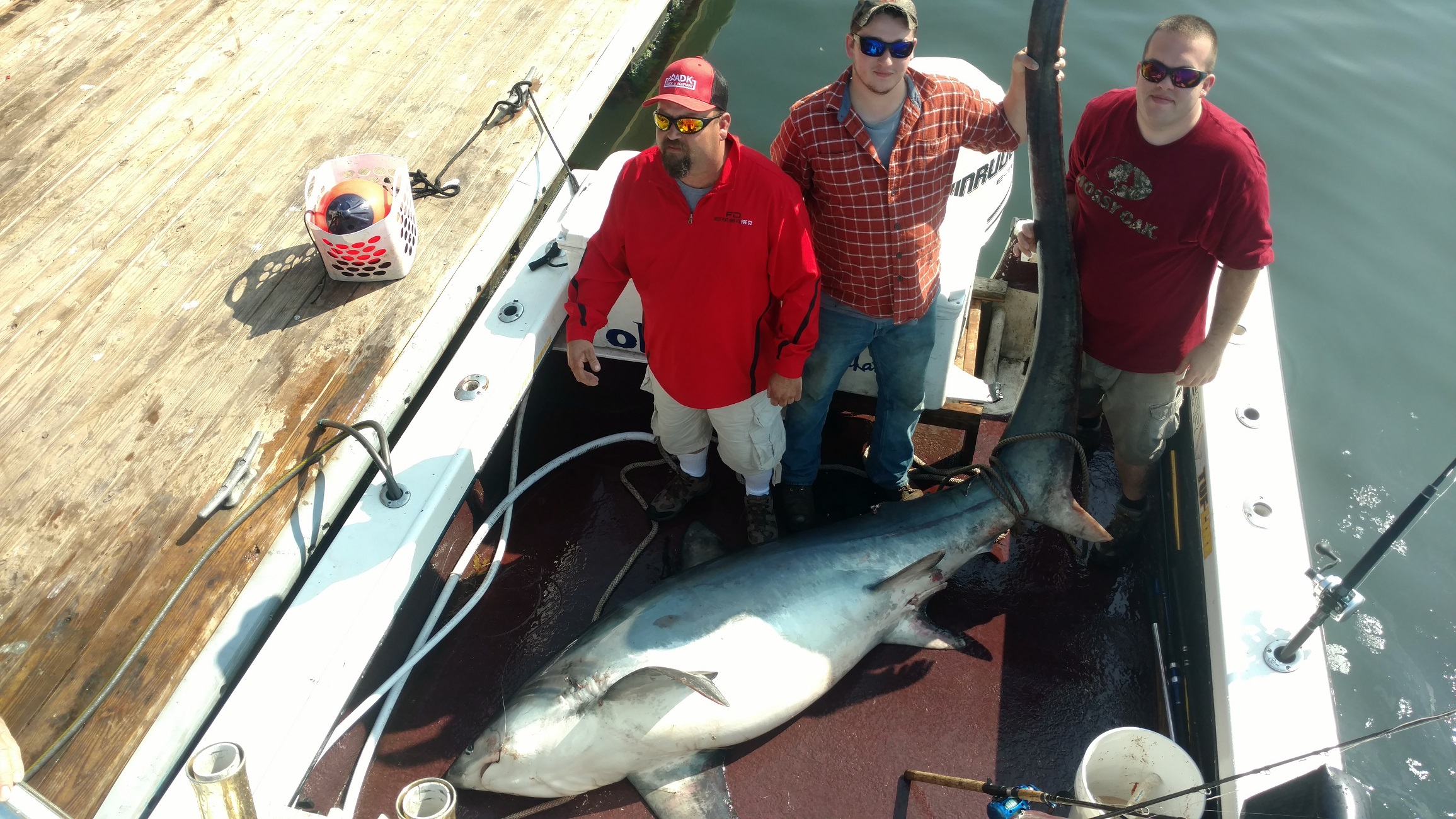 Talk about fun?  You want big fish.  You want lots of action.  Think sharks.  We commonly catch 8-25+ sharks on a trip.  We target makos, threshers, porbeagles, and blue sharks on our trips.  Our gear is strong, but small enough for kids to fight sharks.  Memories for a lifetime. In 2016 we came in second in the North Atlantic Monster Shark Tourney with a 383# porbeagle shark...In 2017 we won the tourney with a 360# thresher....  We have a blast; we do well. 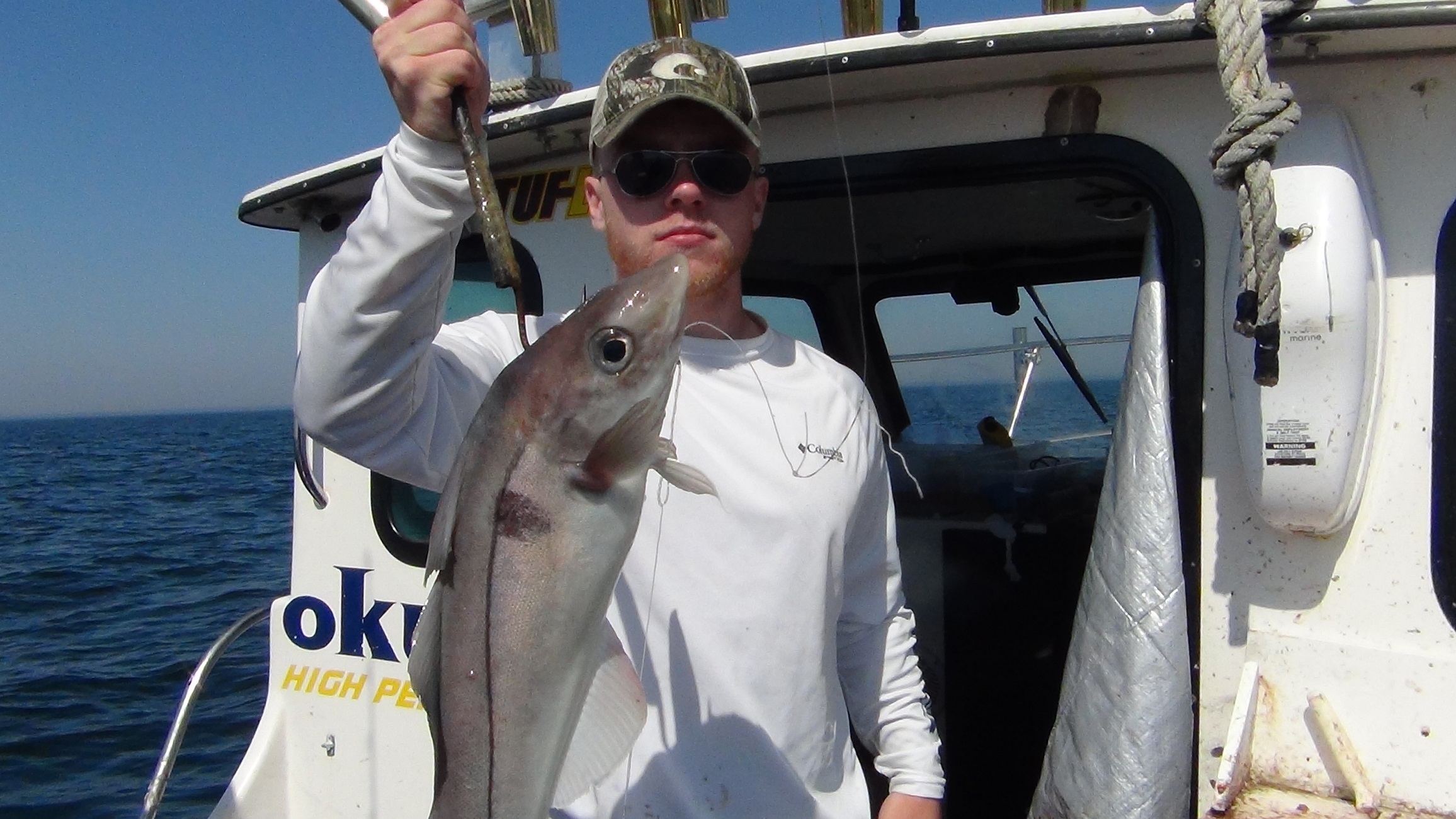 Haddock.  Cod.  Pollock.  Huge Whiting.  FISH FOR THE DINNER TABLE AND FREEZER!  The action is great; they are easy to catch.  We usually see whales on these trips and even rookies can bend a rod all day.  We often catch sharks on these trips.  Semper Paratus.  April and May gives us the best action in shallow water, using really light tackle.  Awesome is all we can say.  Our action starts in April and goes until December. 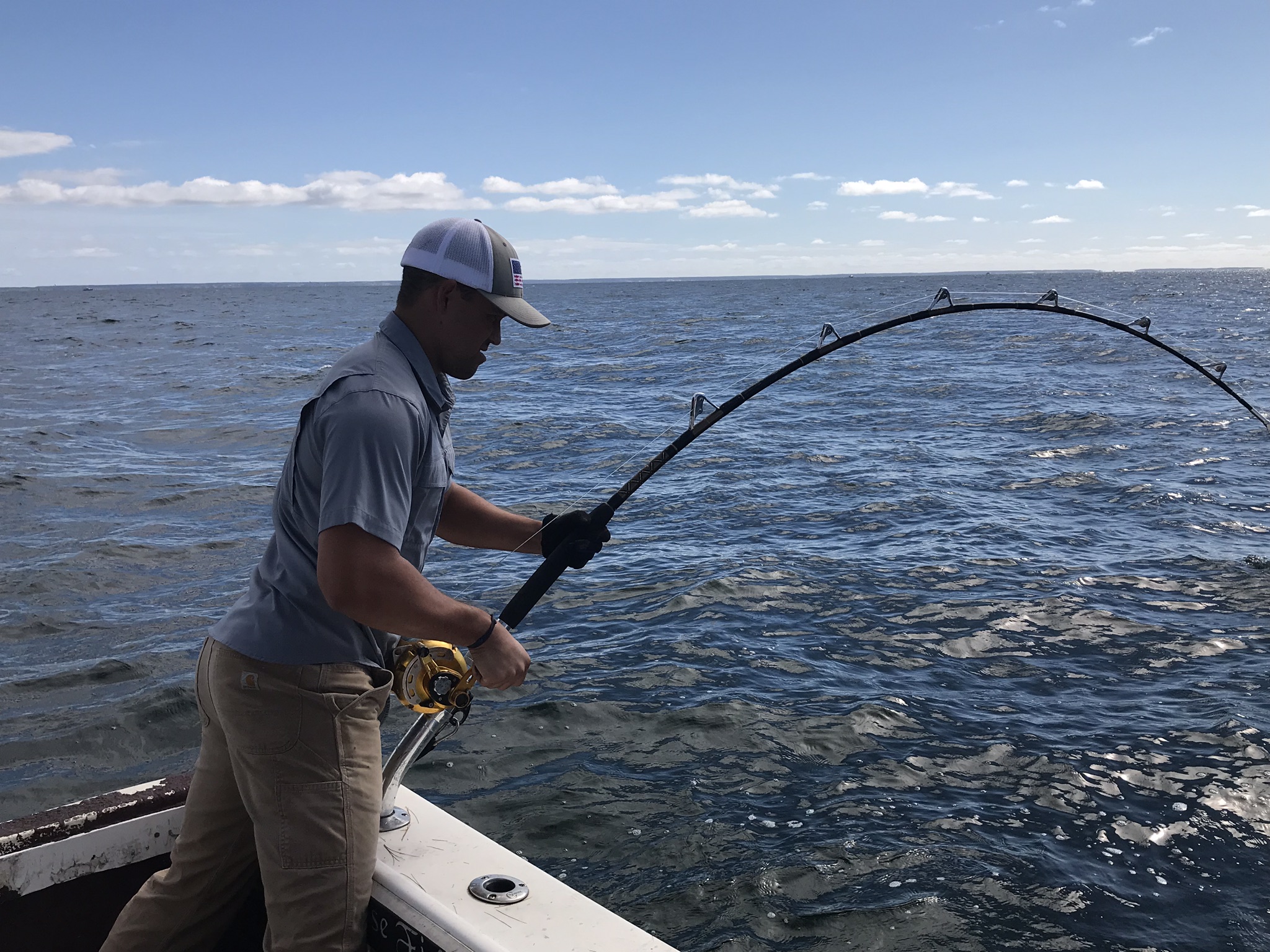 Ok, this is the trip of a lifetime for many people.  We target giant tuna heavy tackle and live bait.  This is the ultimate "go big or go home" fishery.  Seeing the big rod double over and hearing the drag scream is something that you will never forget.   Sometimes, the fish are in areas where we can anchor and fish for haddock or other ground fish.

High limits and easy fishing on half-day trips in May and June.  45 porgy per person in 20' of water.. Famous Buzzards Bay fishing at it's best.  Our sea bass fishing is legendary, with 4-6# fish regularly on jigs with trout gear.  It is so much fun.  Guys like to fish an afternoon trip, stay over, then fish a morning trip for two limits!  Great local lodging options.

Fishing.  Pure fishing fun.  We have some of the best striper fishing from the end of May thru July...50+ fish days are not uncommon, but more often the norm.  Most fish are 15#+ and mainly catch and release after our limits are easily reached.  Bluefish are a blast on light tackle as well..though not the best for the table, pound for pound they fight harder than most other fish (plus, they make great bait for sharks and tuna).  WE DON'T TROLL.  You get to use spinning gear, jigging gear, or even live bait.  But you  won't sit there watching a rod while we drive around hoping for a bite. 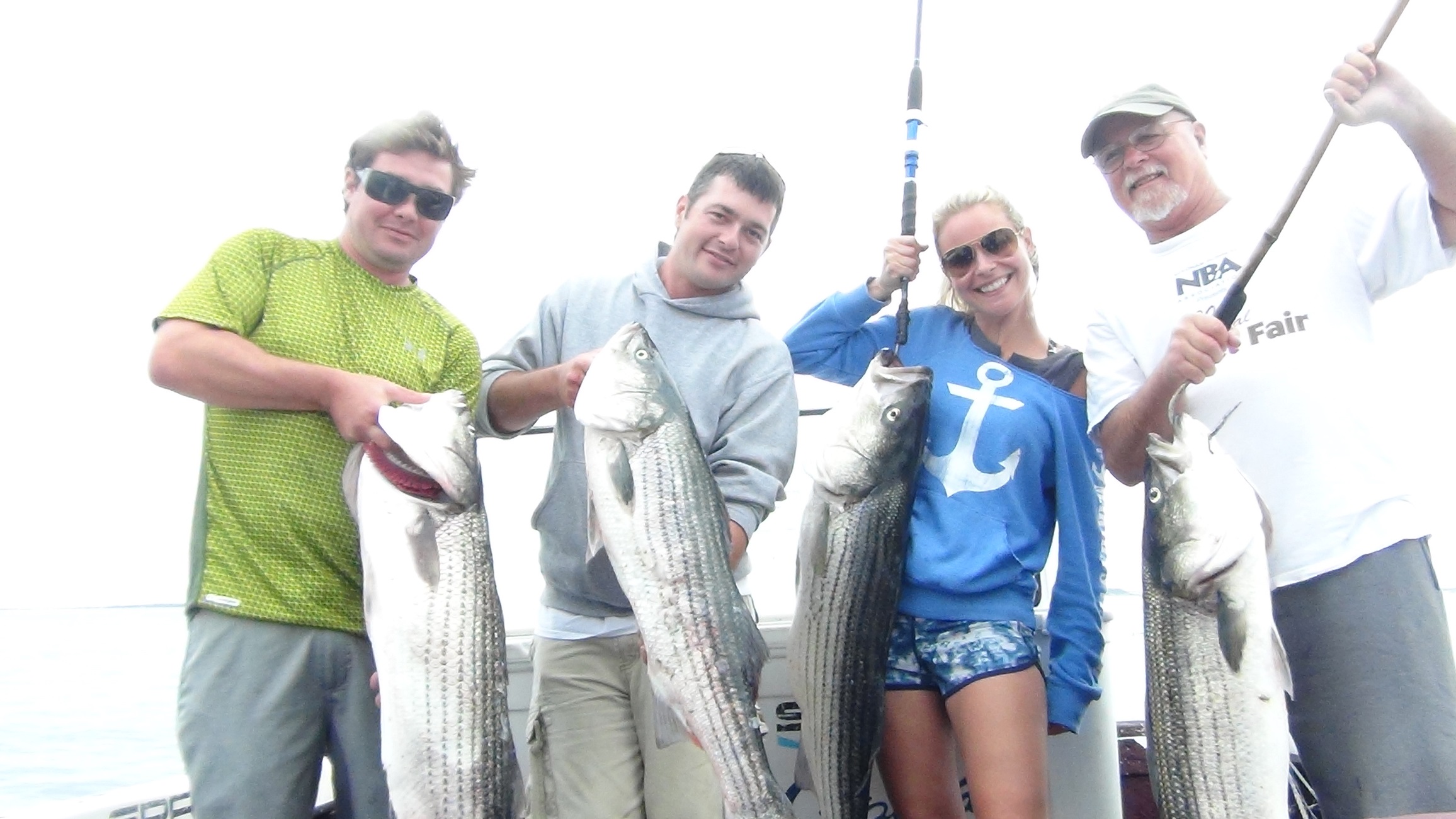 I've been putting videos online for years.  I love it.  I remember so much of my life via these clips.  I hope you enjoy.

I have put a lot of videos on FACEBOOK

YES.  I use Facebook as my "what just happened" site.  I post a lot there, so I have a ton of recent videos there that you won't find anywhere else.  Check them out.  Like me on Facebook.  Friend me.  I often post open dates there as well as spots on shared charters.  (some people call them open boats, but basically it's a way for you to fish without booking the whole boat).